Lynching in the United States

Lynching in the United States 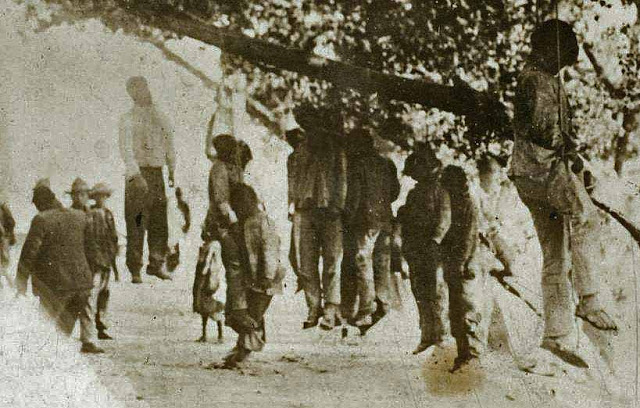 In 1919, after the end of World War I, Black sharecroppers in Arkansas began to unionize. This attempt to form unions, triggered white vigilantism and mass killings, that left 237 Blacks dead.

The sharecroppers braced for reprisals that were sure to come and formed self-defense forces. The local sheriff, Frank Kitchens, deputized a large white militia that was headquartered at the county courthouse. In the end, 237 Black people were killed because they wanted fair compensation for the crops they harvested.

"Ashes to Ashes" are the final words in typical African American funeral services. Many of those who were murdered by the Klan to maintain the reign of white supremacy never received their Ashes to Ashes . The goal of this project by Dr. Shirley Jackson Whitaker is to acknowledge and mourn the African Americans who were racially terrorized during the Jim Crow era after the Civil War and until this very day. Some endured lynching and other forms of brutalization and therefore, they never received a proper burial.

Dr. Whitaker is a kidney specialist who delivers her messages on health over the radio airways, at church functions, at public fundraising events and even through her own artwork. Growing up in South Georgia, she was taught early on, the importance of being sensitive and caring towards others.

Taking all of her experiences from her love of medicine, art and people she created the Ashes to Ashes program that will provide for a real memorial (funeral) service for the over 2 million lost during the Middle Passages, and the 3,999 documented lynchings that took place in America from 1877 – 1950.